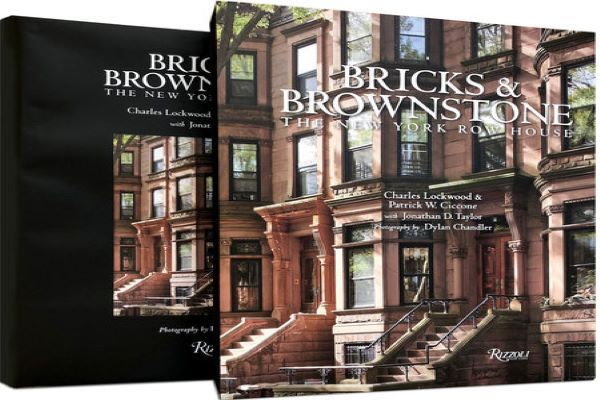 The New York Landmarks Conservancy, in partnership with The General Society of Mechanics & Tradesmen of the City of New York, cordially invites you to watch

Patrick W. Ciccone, a New York City-based preservationist, will discuss the book he co-authored with the late Charles Lockwood, Bricks & Brownstone: The New York Row House. This illustrated lecture will feature some of the more than 250 color and black-and-white images included in this newly revised edition. The book is considered to be the gold standard reference on brownstone architecture and interiors, and one of the few truly classic histories of New York’s urbanism.

Bricks & Brownstone, initially published in 1972, was the first and still the only volume to examine in depth the changing form and varied architectural styles of the much-loved New York City row house, or brownstone. That edition helped pave the way for a brownstone revival that has transformed New York’s historic neighborhoods over the past half-century.

In this updated 2019 version, this definitive volume traces New York’s row houses from colonial days through World War I, examining in detail the Federal, Greek Revival, Gothic Revival, Italianate, and Second Empire architectural styles of the early and mid-nineteenth century, as well as the Neo-Grec, Queen Anne, Romanesque, Renaissance Revival, and Colonial Revival styles of the late nineteenth and early twentieth centuries.

“A bible for buffs, architects, and preservationists” – Judith Thurman, The New Yorker